I have met some special people. People who are funny, loving, smart and beautiful. People who seem to care. I would like to be able to call them my friends. I so enjoy the time I get to spend with them. They make me feel part of the world. Like I might matter.

It feels like they could use some caring and compassion. I have plenty of that. Misplaced love and compassion. They are so deserving. I wish I could give the some of the emotion I have found recently.

There are so many of us that could use some consideration, compassion and caring. I have plenty to give but can’t figure out how to give it. These friends deserve what I could give, but also more than what I can give. Would it be better to give what I can, or to just watch and hope that they get what they should receive?

If they could only have, what I had. I wish in some way I could let them feel what that feels like. 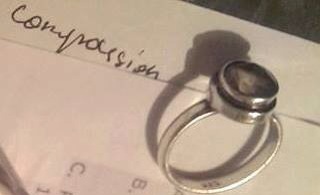 “It’s sad when friends become enemies. But what’s even worse is when they become strangers.”

Posted in Uncategorized | Leave a comment
Posted on October 1, 2014 by admin

I was at a PTA meeting at my daughter’s school and the speaker was talking about how children learn in different ways. Some need to hear things to remember them others need to say them and still others do best when they write things down.

I know that after Cindy died there was an unconscious urge to write. It’s called hypergraphia and there is a book (of course) called The Midnight Disease: The Drive to Write, Writer’s Block, and the Creative Brain written by by Alice Weaver Flaherty that describes it. Based on the midnight writers here I think that there may be a few people on Widownet that suffer from some variation on this. I didn’t understand what I was doing at the time but I was writing stuff all the time in the days and weeks after Cindy died.

It wasn’t until I found Widownet and started participating in the Roll Calls that I began the long process of healing the wound of that day. Somehow describing the day of the accident to my friends here on Widownet gave me the ability to go back to work and the everyday world and not continually break down. Each time I told the story and finished the accompanied crying and emotional release I became more able to tell it again. It may have desensitized me, or perhaps just prepared me so I could anticipate the emotions and control them better.

There was another aspect to the Roll Calls that I think was very therapeutic. Listening to others tell their stories. Acknowledging that I wasn’t unique and that we all had similar feelings and emotions. It also allowed me to cry for others while I was crying myself. It helped me to be able to listen to others talk about sadness without breaking down.

Maybe what I’m saying is the experiences I had writing my story on the Roll Calls, and listening to others tell their story, prepared me in some way for dealing with the Grief Monster. It allowed me to anticipate situations where it might strike and prepare for the onslaught. It allowed me to fight the monster on my terms rather than continually being blindsided by it.

Thanks to all for letting me tell my story, and to all whose stories I read.

Some people come into our lives…

To forget a friend is sad. Not every one has had a friend.

“I have suffered too much grief in setting down these memories. Six years have already passed since my friend went away from me, with his sheep. If I try to describe him here, it is to make sure that I shall not forget him. To forget a friend is sad. Not every one has had a friend. And if I forget him, I may become like the grown-ups who are no longer interested in anything but figures . . .”

I’ve made some new friends.  They have had a great effect on me.  Thanks.

A little gift I found.

I’ve posted this note before on the old weblog, but it isn’t easy to find anymore.  With the combination of the Kate Bush concert series, and the positive changes I’ve had in my life recently, I thought it was time to post it again and tell the story of the odd coincidence of Lindsey’s birth, Kate Bush’s “This Woman’s Work” and John Hughes movie “She’s Having a Baby”. 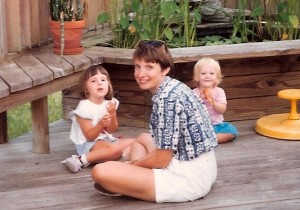 I found this note that Cindy had sent to one of her relatives that was having a difficult pregnancy. The focus of this note was Cindy’s pregnancy with Chelsey, but Lindsey’s birth was quite a challenge as well, although hers only became exciting at the time of delivery. It is a gift to “hear” Cindy talk about this experience all these years later.

“Both of my pregnancies were different from the norm. I delivered Lindsey 5 weeks early, c-section, as she was a double footling breech. Rod was in Conn. on a business trip! They had no idea why she came so early, that pregnancy was fairly unremarkable, I was healthy, active, and pretty fit for a pregnant lady. The doctors told me it was an oddity, and not to worry about any other pregnancy.

When I was 27 weeks pregnant with Chelsey, I went into labor. I was hospitalized for 4 days and sent home with a Brethine pump and TOKOS monitor. I could not believe what was happening to me. I felt great, nothing hurt, and I was forced to lay on my left side for 23 hours a day. I feel fortunate that Mom and Dad were here to take Lindsey and I have a terrific network of friends who helped, but I felt helpless.

We had not yet completed the baby’s room, Rod would come home from work and have to cook, clean, do laundry and take care of Lindsey. He was truly wonderful and I felt useless. Poor Lindsey was afraid to hug me, she was only 2, I felt I had really let her down. I wondered what I did wrong, but after talking to a lot of women who have gone through this experience, I finally realized, it just happens to some people and recognizing the signs of premature labor is of utmost importance.

The medicine left me shaky and in an emotional turmoil most of the day. If I wasn’t crying I was sleeping. If I wasn’t sleeping I was having the worst heartburn on record (by the way, celery really helps get rid of heartburn). I told my doctor that I ceased to exist, I was only a contracting uterus!!! There were days that I spent 5-6 hours monitoring because I could not get my contractions to stop.

Horrible? Yes. Worth it? You bet. Here ís the killer, when I finally went off the meds, I stopped having contractions. They ended up inducing me (I did have a V-BAC) at 37 weeks because my blood pressure started to climb.

Chelsey was delivered at 37 weeks, 7 pounds 3 ounces, perfectly healthy all of her fingers and toes and absolutely beautiful. I would have stood on my head if that ís what was necessary, thank God it wasn’t. I guess my point is that even though it seems like an eternity, it is not forever, and the reward at the end is wonderful.

The baby did not care that the room was not ready, her dresser arrived 3 weeks after she was born, the window treatments weren’t done. She came home to a loving family who was glad she was healthy and anxious to hold her.”

Cindy and I were both Kate Bush fans before we met and when we realized that we both liked Kate, it was just another of the common interests that we discovered in the time after we first met and fell in love with each other.

Years later Cindy and I were surfing through the channels and stopped to watch the movie “She’s Having a Baby”. We had never seen the movie, but it’s a John Hughes movie that takes place in the Chicago area (filmed in Winnetka, IL and Evanston, IL), so we started watching. There are a bunch of scenes in and around the Chicago suburbs and many that poked fun at the lifestyle of suburban Chicago and we both related to those aspects of the movie. It’s a story of a young couple from their wedding day until the birth of their first child. It’s a little more mature John Hughes than his earlier movies but still has his humor. The climax of the film occurs when Elizabeth McGovern’s character, Kristy Briggs, goes into labor. Kevin Bacon’s character, Jake Briggs, is the nervous father preparing himself to help Kristy with the delivery when he is told that there is a problem. The baby is breech and they have to do an emergency c-section. Sound familiar? Very much the experience we had with Lindsey, other than the fact that I was in Connecticut and flying home during the delivery. It’s at this climax that John Hughes unleashes a video / music montage set to the song “This Woman’s Work” by Kate Bush.

Ooh, it’s hard on the man, Now his part is over. Now starts the craft of the father.

Oh, darling, make it go, Make it go away.

Give me these moments back. Give them back to me. Give me that little kiss. Give me your hand.”

Needless to say the movie ended and we both sat there sobbing.

I became not a man but a father, buy not just a father, but in many ways a mother too. During that time I often felt like I was living in a shadow. The shadow of the mother I could never be, and the mother we no longer had. To varying degrees I had lived in that shadow for 12 years.

Recently I encountered friends that changed that. I have realized it most likely was not an intentional effort on my friends part.  Just the unintended effect of a little kindness, a small touch, a listening ear, an honest compliment, the smallest act of caring, and some emotional illumination into what I had been doing for so many years, all at exactly the right time. More than a decade of grieving behaviors, after losing my partner of almost 24 years in a loving relationship, I was changed in a matter of days.

Intentional or not, Thank you!

You will forever be in my thoughts.  I truly wish you all the best in your lives my friends.  I do care about you and always will.  I wish there was some way I could repay you.

“And in the end, I realized that I took more than I gave, I was trusted more than I trusted, and I was loved more than I loved. And what I was looking for was not to be found but to be made.”

First thought is I need to turn off my Growl updates as the Dropbox update every few seconds is kind of annoying.
The Sun is out this morning!
Waiting till it warms up a bit to get out and work on the back yard.